The concept of gender identity as a spectrum rather than the binary concept of male or female is becoming more accepted.  With this change, new terminology has emerged and you may find that patients identify with terms with which you are unfamiliar. Gender-related terminology can sometimes be used differently by health care professionals, patients, and community members. When working with patients and families, it is important to be respectful and clarify what certain terms mean to the patient so that you can be best understand their identity.

Below are some of the more common terms you are likely to encounter when dealing with the transgender or LGBTQQIP2SAA (see below) population. 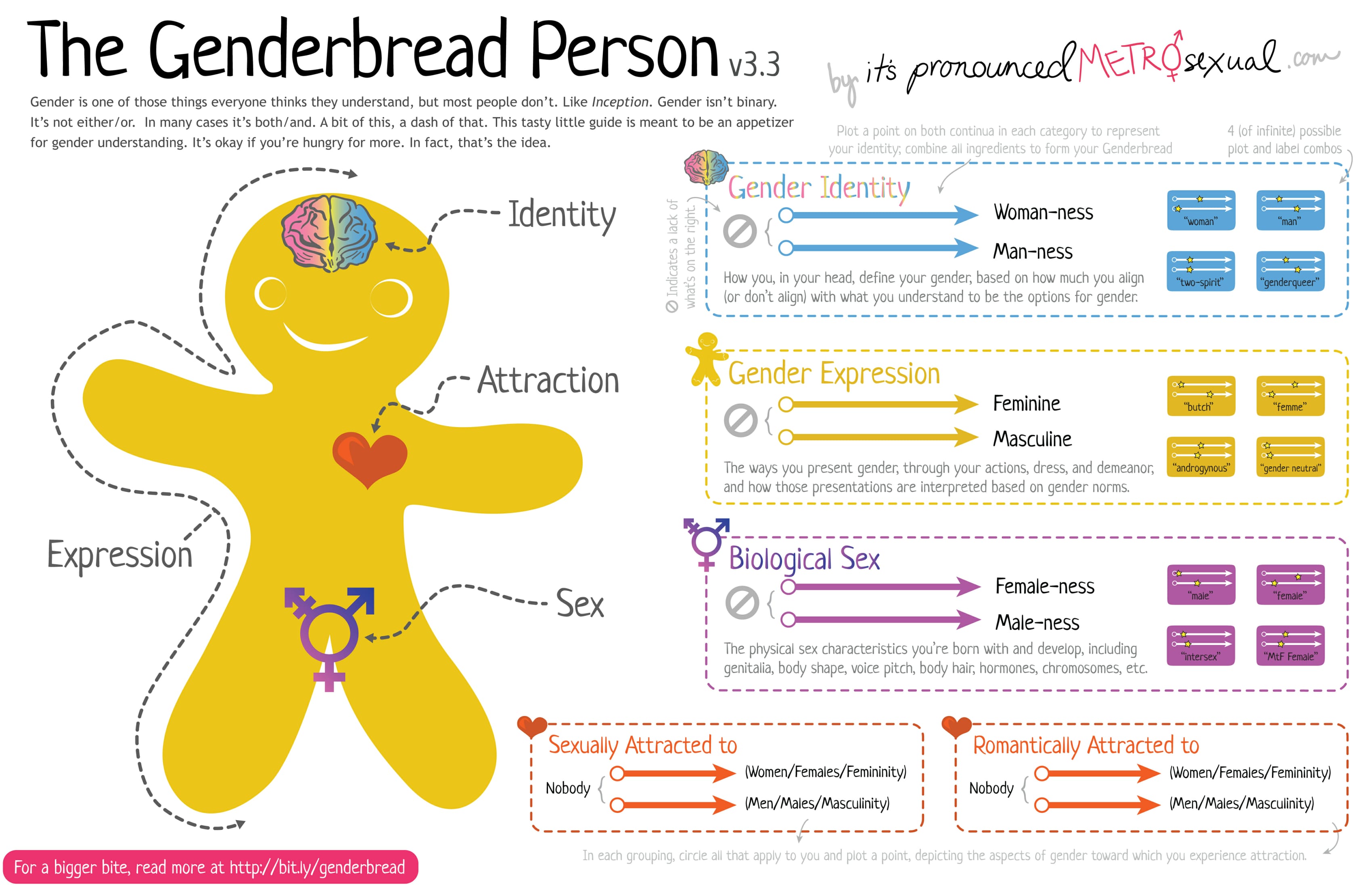